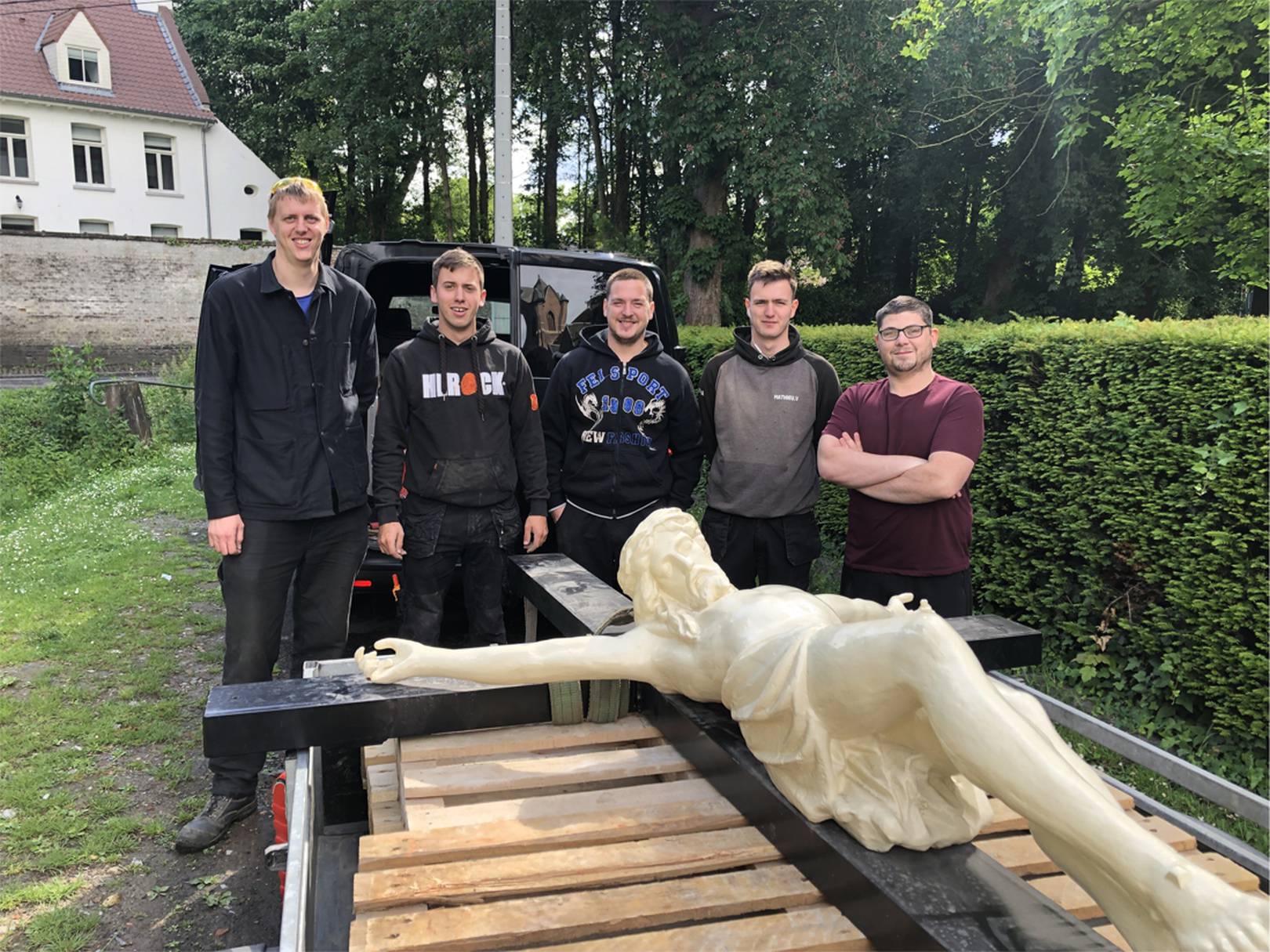 It will be remembered that when it was dismantled almost three years ago, it was found that a complete restoration of the monument was required due to the great damage caused by time.

Carried out by the communal workers, the descent of the statue had turned out to be particularly laborious due to the conglomerates around the heavily oxidized fasteners.

In addition, during the disassembly, which had required more than two hours of work, Christ had lost his right arm, which had obviously been fixed summarily during a previous accident.

A school and private companies to carry out the construction site…

The choice of the various specialists likely to intervene in this construction site and the condition of the metal parts of the monument explain why the restoration operations took a … certain time.

We will not return to the details of these adventures, which have already been mentioned several times in previous articles, but it will be noted that a school and several companies intervened in the framework of this work.

The first is none other than the ITCF Val-Itma, which, thanks to the help of its welding section, restored the statue of Christ (cast iron) in condition and made the steel cross, the whole weighing a trifle of 500 kg.

The students of 6 and their teachers – Mm.KévinFreteur and Julien Samain – were at work this Tuesday morning to solidly weld the assembly on the original base.

The latter has been preserved because it was very difficult, if not impossible to remove as it had been designed so robuste.Il however, it will soon be surrounded by a zinc metal frame ordered from La Dinanderie, a Dinant company specialized in this type of work.

However, this piece had not yet been provided on Tuesday and will therefore be asked later.

The finials of the cross, reproduced identically on the basis of the only one that still remained at the time of disassembly, were manufactured by the company Pyrallis de Braine le Comte.

It is a BVBA from Mouscron, Vergo Coating (Atkore), which has taken over the metallization of Christ and the cross, by spraying molten zinc.

Carried out as part of a rural development project, this operation was finally financially supported by the City of Tournai for an amount of just over € 2000 (excluding assembly).

A budget that remains limited in particular due to, and thanks to, the intervention of the school which made it an educational project.

The setting up of the cross was not an easy thing this mardi.Il indeed, it was necessary that the Manitou intended for the transport of the latter from the (small) road bordering the garden of the church to the base leaning against the back of the monument of worship, sneaks between the trees while keeping the cross balanced at the end of its spire.

Then it was necessary to carefully present the cross so that its base coincided perfectly with the metal beam on which it was to be welded.All this while avoiding damage to the overhead electrical wire passing precisely just above the calvary.

Finally, the operation went perfectly, under the gaze of some local residents joined in the morning by the mayor of Tournai, Paul-Olivier Delannois. Benjamin Missiean, project manager in the framework of rural development and, of course, Virginie Vardjan – who saw this as the culmination of a fight fought for almost 8 years for the restoration of this calvary – were of course both also present on the site… 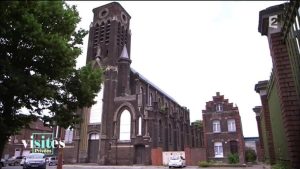